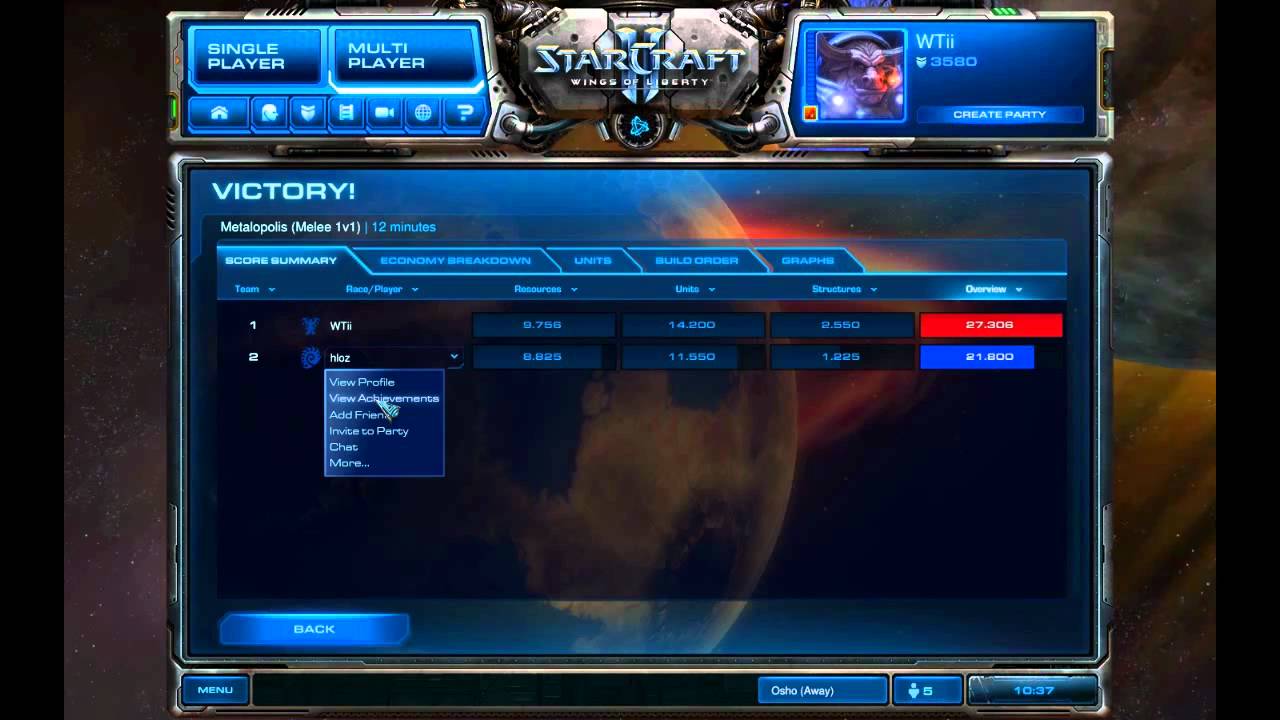 They bought brand new copies of Global Offensive and played all of their placements together, with one player playing normally and the other merely acting as support. By the end, the normal player ranked a full two ranks higher than his supporting counterpart.

Points are obtained by getting kills, getting assists, planting and defusing bombs, and a few other things. Rewarding players for playing well is a good thing for the player experience, and it makes losing a lot less painful.


I mention points because of their potential to create a spectrum of outcomes beyond the fixed win-lose paradigm. But what I appreciate about Counter-Strike is the way it makes every game enjoyable, not just the victories — no matter how tough the match, you always get in a lot of great shots, a few good rounds, maybe even a clutch or an ace. I think you could theoretically expand this to the matchmaking system by enabling points-based victories. There are a couple of interesting factors here. About a month or two ago I began recording the results of my Global Offensive matches and my rank within each game.

Here were the results:. If I was at the top of the score board — i. If I was at the bottom — i. I was rewarded for playing well and punished for playing poorly. A larger conclusion I reached from this experience is that for every game lost due to bad teammates, there was a game that was won due to good teammates. I did not deserve to win many of the games where I ranked 5th, much the same way I carried worse players when I was the top scorer both based on my own subjective evaluation, of course. The only variable that changes in the long-run is you. Is this simply the nature of team games?

For another, Counter-Strike empowers players to perform individually by facilitating creativity. I previously wrote about this at length. The opacity of the Global Offensive system is itself interesting to think about. By contrast, StarCraft II revamped its ladder in and cited increased transparency as one of its primary goals. This resulted in publicly visible matchmaking ratings, more fine-grained leagues and greater transparency around Grandmaster placement.

Which way is better? Skills development and healthy competition are huge driving factors in competitive play. In any case, folks who stress over lost ladder points will stress regardless of whether or not they knew how many points there were to begin with. I still believe in those ideas when it comes to StarCraft, but whether they can be applied to Counter-Strike depends on how much the game factors in individual performance.

If it does, then hiding ratings prevents players from gaming the system. A player who loses could then be shown a replay of a professional player executing the exact same retake to identify where the player went wrong. This is all speculation. The implementation of such a system would not be trivial. StarCraft does this on a season-by-season basis. The existence of promotions and demotions assumes a league system, which both games have. We should first convince ourselves that this is a good thing; for instance, does StarCraft benefit from a league system now that matchmaking ratings are public?

I think the answer is a clear yes. The problem is that ELO ratings are difficult to compare across different eras.

For a more in-depth look at rating inflation and deflation, I recommend the Wikipedia entry. The best AoM players had a rating of , whereas by the end of Titans the top of the ladder was It would be inaccurate to compare these numbers directly, especially since there were players who were at the top of both games. Leagues fix this problem by formalizing skill ranges. StarCraft explicitly uses a percentile-based system. In both cases, ranks are directly comparable across eras and thereby provide a more accurate notion of player performance modulo changes to the ladder system itself.

Leagues have lots of other benefits, too. If players take pride in working hard and climbing up the ladder — as they well should — leagues are a bit like a badge of honor. If we assume that leagues are a good thing for a matchmaking system, then we concede that we have to demote players eventually. Otherwise, the league system becomes meaningless.

At the very least, there needs to be some sort of buffer. It would be jarring to sit on the border of two leagues and get promoted or demoted after every game. I think this would eliminate one of the core benefits of the league system, the visible and easy-to-remember categorization. On the flip side, I think the season-by-season approach of StarCraft is too delayed. The lack of a season system in Counter-Strike is noticeable.

It avoids things like this: There is, however, a crucial difference in how players are distributed. The reason why relates to how skill distribution works in these games. This league contains only the top 0. He has a matchmaking rating of The player at the very bottom of the Grandmaster ladder is an anonymous barcode. By contrast, what we have here is a point difference. Skill distribution just works differently at the very top than it does for everyone else. By contrast, the difference between the very best casual competitive players and the very best professionals is a yawning chasm.

Counter-Strike, by comparison, provides almost no visibility whatsoever. Theoretically, StarCraft already achieves this through precise Grandmaster rankings. Counter-Strike is way behind in this regard.


But this is a failure on the part of the matchmaking system. After all, Counter-Strike is a team game. The data is calculated by counting all teams ranked in a season. If a player plays in multiple regions in identical teams that team will be counted several times for the world total. The region numbers are a more accurate way to count players.

In 1v1 and random teams each teams only consist of one player. The current league distribution for the different regions. League distribution over time. Seasons are marked by the colored sections of the x-axis.